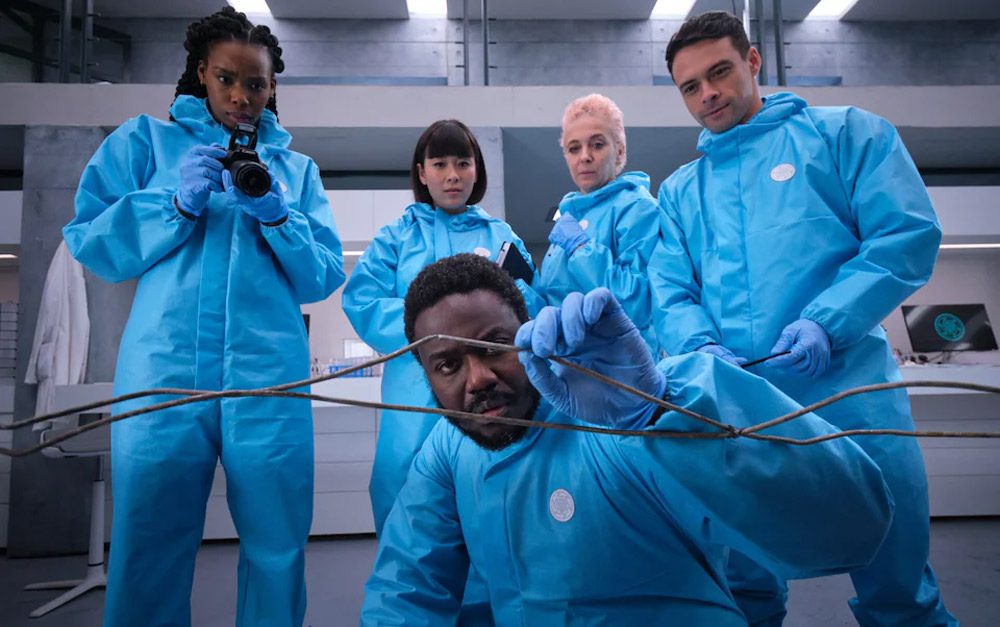 The series follows the adventures of Professor Wolfe Kinteh, a crime scene investigator and forensic pathologist based in the north of England, as he tackles outlandish and unconventional cases. Each week, Wolfe’s investigations are peppered with explosive action and dark discoveries as he and his team rest at nothing to solve each mystery.

Medical Hire were delighted to be asked to supply medical props and hospital equipment for the filming of two hospital-based scenes in this exciting new drama series. And one scene was particularly special to the Medical Hire team, as the young actor – Gabriel Keogh – was a school friend of Director Chloe’s son, Milo.

In this episode, Gabriel’s character Jack was in hospital. Helping to set the scene and furnish the set for the episode, Medical Hire provided a variety of hospital equipment and medical props including: a bedside locker, an overbed table, a wall panel, an observation trolley, vital signs monitor, a drip stand, a volumetric pump, and all associate accessories. A wide range of consumables were also supplied including cannulas, dressings, fluid bags, oxygen masks, and personalised hospital ID wristbands.

In addition to supplying equipment and props to dress the set, the Medical Hire team also supported the cast and crew on set during filming. A medical advisor attended on the day of filming to help set up and operate the medical equipment, and to guide the actors on how they would be used in a real-life scenario.

The full series of Wolfe is available to view on Sky TV.

If you’re planning a medical storyline and would like to know more about how Medical Hire can help, please get in touch by calling 0113 262 8000 or by emailing info@medicalhire.co.uk